Three shows in three days for you:

It’s true that is a lot for three days, but it will be rewarding to see each of these as there is historically very little to do in Seattle throughout Nov-Dec-Jan months. Use this opportunity!

Help us to create an unforgettable Warhol-ian music video for the brilliant House of Light…. and get some most wonderful rewards for being a part of it with us: 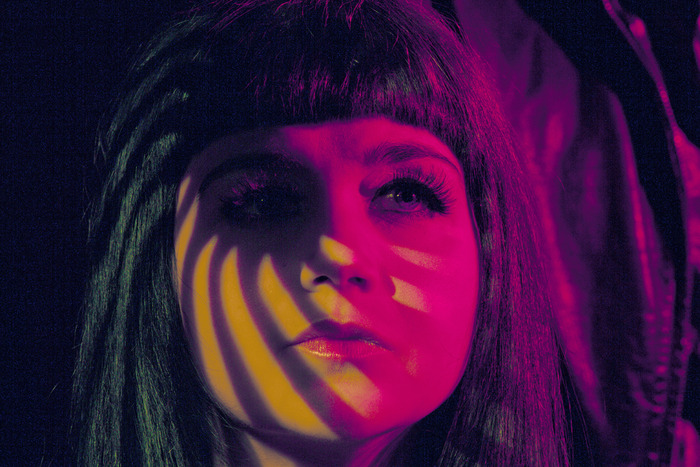 “The best thing about a picture is that it never changes, even when the people in it do.”
― Andy Warhol

The concept of this video is a copy of a copy, something Warhol may have appreciated. We recreated the Silver Factory Screen tests with House of Light band members, Valentina Veil and Justin De Vries standing in for Nico & Bob Dylan and re-constructed visuals from Warhol’s 1966 Documentary, “The Velvet Underground and Nico,” and his underground classic “Chelsea Girls”.

We shot this on 16mm B & W film with certain scenes done in color, particularly the “Chelsea Girls” segment, as well as Valentina’s screen test, which will be a mixture of color and black and white. All camera movement will match the original screen tests as well as source footage of the films. Just as Warhol shot screen tests with many of his factory regulars, we also have a screen test from model, Victoria Rawlins, who bears a striking resemblance to Warhol Superstar, Edie Sedgwick. The camera work was masterfully handled by Co-DP’s Elle Schneider and Jimmy Hammond.

In addition to drawing from the films themselves, Warhol’s pop art style will be incorporated into the piece. For example, Valentina Veil’s ruby red lips will be screen-printed by an artist in the same manner as Warhol’s famous “Marilyn Monroe’s Lips,” (1962) piece. At first the lips will be isolated in the shot and then edited to two, to four, to eight, pairs of lips and so on to allude to Warhol’s artistic device of appropriating iconic American imagery and the mass production of such branded products i.e. the Cambell’s Soup collection

This style of editing will appear throughout the video, to convey the copy of a copy structuring motif of the piece.

We are looking for editors. You can purchase an edit and enter into the collaboration with us. We are also looking for an artist who can screen-print by hand. We are intent on using analog techniques for the final video, but are open to digital designers for other collaborations on this project. Feel free to write to Director Jean Balest at jean.balest.cinema (-at-) gmail.com regarding potential collaboration.