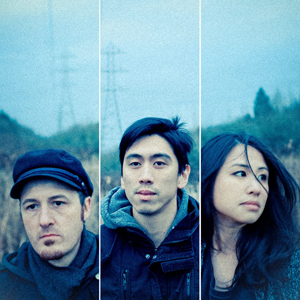 Soft Shadows is a dreampop/surf/shoegaze band comprised of June Kang (lead guitar, vocals), Thuy-Duong Le (synthesizer, vocals) and Ryan Simon (guitar) from Portland, Oregon. Influenced by The Beatles, The Everly Brothers and the twangy nostalgia of spaghetti westerns, melody sits at the center of all their songs. Fender jazzmasters and Jaguars coupled with spring reverb are their weapons of choice. Drum machines and analog synthesizers round out the sound of the group.

The debut release of Soft Shadows is the product of their previous band, Sundaze, parting ways. With the new formation, the band shifted from heavy, distorted guitars to a more vocal central mix. Lighter and free. This album is not about personal experiences, but an observational piece based on simple fictional characters living their day to day lives. Influenced by “Being John Malkovich,” each song is a filing cabinet window into these individual characters. The band continues a sound described by QRO Magazine as “drenched in reverb and Fender tremolos, electronic drums and sexy guitars with flavors of The Raveonettes, Serena-Maneesh, and Galaxie 500.” Melancholic pop you can dance and rock out to. The full length debut “Reverb Is For Lovers” available now from Neon Sigh!

“Weary, lo-fi over a thin vapor of reverb, …reminds me of that part in ‘Lost in Translation’ when Scarlett Johansson and Bill Murray’s character take a cab ride through Tokyo while ‘Sometimes’ by My Bloody Valentine plays in the background. Yeah, you know that scene — the shallow focus, low light, Kevin’s whispering, that feeling of something cool and familiar.” – Sounds Better With Reverb 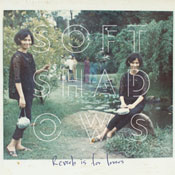 Soft Shadows – Reverb Is For Lovers 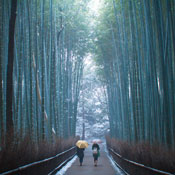 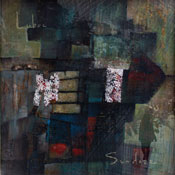 none at this time 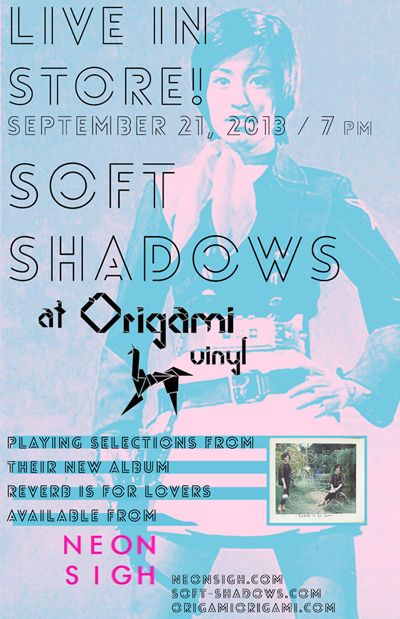